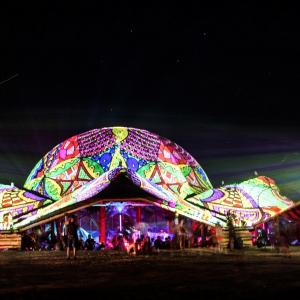 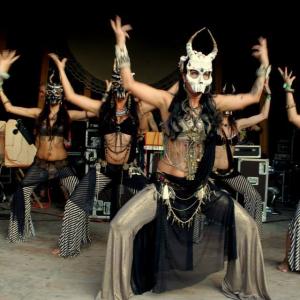 Summer brings with it the festival season, and if you're an Eat Static fan and you're going to Ozora then you're in for a treat.

Considered one of the best festivals in the world Ozora brings people from all over to congregate in Hungary.  The music line-up is second to none and this year sees Eat Static hit the stage in four separate sets.

First up will be a collaboration live set with System 7,  under the name System Static - featuring new material written by Merv, and Steve & Miquette especially for the performance.  There's then a set with Nektarios of Martian Arts under the name Strontium Dogs, which sees them both playing modulars live on stage, and while for the gear heads out there that's an impressive thing, out in front are the Yoni Tribe dancers. There's also going to be a set in the epic Chill Out dome, before a final set on the mainstage on Saturday.

Before the Interchill label started a bunch of us used to go to the legendary Megadog parties and festivals in the UK - Eat Static (and System 7) were headliners then, and now more than 25 years later they're still at it.  The new album from Eat Static is called Last Ship to Paradise and is out on September 27th.  We'll be posting more info on the album as we get closer in...